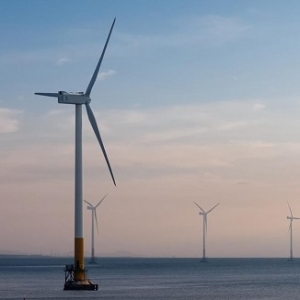 Normally we are so heads-down in our energy efficiency work that it is easy to miss what is happening in the wider world. However there are four pieces of news that are worth reflecting on:

1. As of May 2019, CO2 levels have risen to 414.7 ppm – creating another record atmospheric level. What is MOST worrying though is that the rate of increase since last year is one of the greatest ever. It rose by a full 3.5ppm over last May’s figures. This is a staggering increase. (I remember well that the annual rate of rise was 1.5ppm / year when I started in the energy field in 2000 – and that was bad enough… But to have added 3.5ppm in one year is an awful record to be reporting)

2. The Amazonian forest has been logged at it’s greatest rate EVER this year. Indonesia is losing tree-cover exponentially. How crazy that we are felling our natural carbon sinks at precisely the time that we need them most. Provided the rain keeps falling, trees are the single cheapest way of sucking up CO2. We should be planting them all over the world.

Ok – in the face of this gloomth (is that a word ? I like it…), some more positive news.

3. In the UK we have just achieved a wonderful record – namely 18 days without burning a single lump of coal for electricity generation. We achieved a few days without coal last year, but 18 is amazing. It is thanks to energy efficiency lowering demand, increased wind and increased solar generation. To think that just 7 years ago we were getting 40% of our electricity from coal and now next to nothing. That shows how rapid progress can be when you apply Carbon taxes.

4. This year, the electricity industry now acknowledges that Wind and Solar PV have become cheaper than fossil fuels, and likely to only get cheaper as they ears progress. This obviously drives new generation towards renewables rather than coal or gas. Again, such a rapid rate of fall of the cost of renewables could not have been imagined just a few years ago.

SO: The big question that any alien observing Earth from above would be asking is just how quickly can we react. Both the problems and the solutions are moving incredibly fast. New power plants can take years to go up, and longer still if we are to displace existing fossil-fuelled plants. However with a ‘war-like’ mentality, business as usual can give way to rapid action… if there is the political and public will.

Possibly the biggest “Watch this space” you could imagine….

About the Author: Andrew Smith

Andrew established ZapCarbon in 2007 to help share his passion for living more environmentally efficiently. As a Chartered Engineer with a PhD in Low Carbon Energy Systems he sees our move to a lower Carbon society requires a series of steps - steps that we can each take given the right motivation and tools. Behaviour Change is absolutely essential if we are to make the difference that we need.